At TRIOM we believe that the basis of a sustainable, productive and conscious life is good physical and mental health. Good health is maintained by proper nutrition, movement & exercise and adequate rest & recovery. From an holistic standpoint, overall quality of life and fulfillment also play a large role in a person's wellbeing. This makes health a very broad topic with many different factors to take into account.

However, that also makes this space difficult to navigate for people without the proper knowledge, education and resources. Integrity is one of the key values of our brand, and we aim to provide our customers with the right products and information that can make a positive impact on a person's wellbeing. 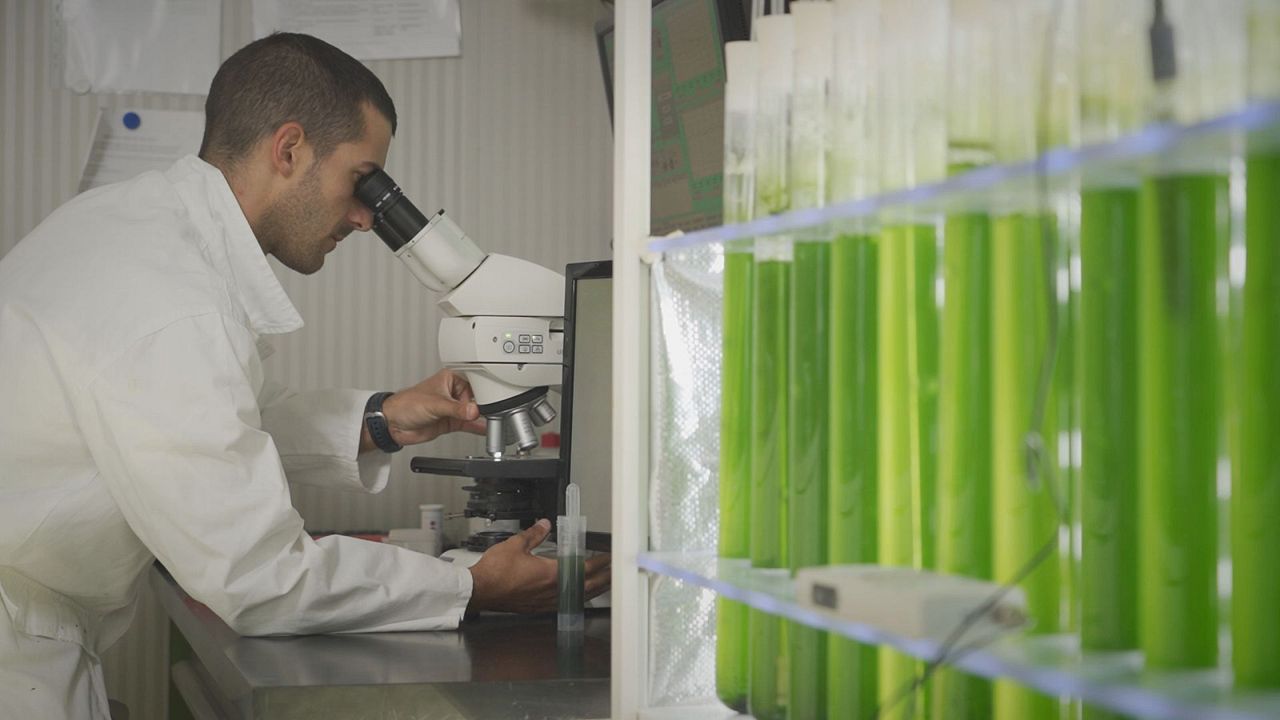 The rising consumer demand for astaxanthin-derived products has served as a stimulus for astaxanthin suppliers to set aside more time, money and effort to the research aimed at discovering the potential health benefits, and filling in any existing knowledge gaps, about this promising ingredient. Substantial clinical and preclinical research exists on the health benefits of this potent membrane-protective antioxidant, which also easily passes through the blood–brain and blood–retinal barrier. Numerous studies have shown astaxanthin supplementation may be beneficial for many of the processes and organs in the body. Below we've put a number of clinical studies performed on Astaxanthin on some of its key benefits:

Astaxanthin, a potent antioxidant carotenoid has been found to be highly effective in mopping up free radicals as it possesses anti-oxidative, anti-inflammatory, anti-apoptotic, and other beneficial pharmacological properties.

Many chemical reactions produce free radicals which are injurious to body cells, as they are the causes of many diseases, disabilities, and death.

Antioxidants suppress and mop up these circulating free radicals. In various studies, astaxanthin has been found to be a potent carotenoid as an antioxidant thereby protective to the body as studies have shown that it can possibly prevent cancer, enhances eye health, suppresses lipid peroxidation and atherosclerosis, enhances skin and brain health, and suppresses the formation of complications of diabetes mellitus.

Conclusion: Astaxanthin, a highly potent xanthophylls carotenoid has multiple pharmacological properties, and oral supplements of this anti-oxidant are protective against a wide range of diseases.

These results suggest that supplementation with astaxanthin could be beneficial for the promotion of several aspects of overall health and the prevention of illness and disease.

Another study showed that astaxanthin enhances immune responses by stimulating the production of cytokines. Taken together, the results suggest that astaxanthin has potential value as a therapeutic or preventive agent for management of immune diseases.

It can be hypothised that astaxanthin protects the membrane structures of the cells, like mitochondrial membrane, against oxidative stress generated during heavy exercise and thereby preserve the functionality of the muscle cells.

In an additional experiment, it was found that astaxanthin treatment accelerated the decrease of body fat accumulation with exercise training. The results suggested that astaxanthin promoted lipid metabolism rather than glucose utilization during exercise, which led to improvement of endurance and efficient reduction of body fat with training.

The results of another study in humans suggests that astaxanthin supplementation is effective for improvement against bluntness of visual nerve acuity and for inhibition of lactic acid generation induced by the continuous muscular contracting activities (Improvement of activity in endurable hard exercise).

one of astaxanthin’s most exciting roles is in promoting and protecting the health of the eyes. The pathogenesis of a range of eye disorders has been attributed to cellular oxidative damage from singlet oxygen and free radical generation.

These contributing factors indicate the potential benefits of astaxanthin as an antioxidant supplement for eye health. An extensive range of clinical trials and in vitro research have investigated the effects of astaxanthin in the prevention and treatment of eye diseases, as well as maintaining healthy eye function.

Oxidative stress caused by UV-light, smoking and pollution has been explained to have a major impact in the process of skin aging. Free radicals damage skin cells and destroy the collagen network which leads to sagging and wrinkles.

The interest of astaxanthin as an anti-wrinkle agent is growing among researches due to its natural capacity to protect cells from irradiation and oxidation. Astaxanthin is produced by the algae Haematococcus pluvialis to protect its cells from sun radiation, UV-light and oxidation. Several human studies demonstrated that astaxanthin reduced wrinkles and improved skin elasticity and moisture. The results are confirmed by animal studies.

The mechanism of action of astaxanthin is explained by its strong antioxidant capacity and its protective effects against sun irradiation. In vitro studies have demonstrated that astaxanthin improves the function of mitochondria and has good protective effects on human fibroblasts. In that way, it can protect skin cells from free radicals and preserve the collagen layer which result in smooth and youthful appearance of the skin.

The results indicate that astaxanthin has promising anti-wrinkle effects and that it can be helpful in reducing the skin aging process.

Satoh A et al., Effects of the lntake of astaxanthin on the reduction of skin darkling induced by uv irradiation in adult women. Oyo Yakuri Pharmacometrics. 2011;80(1/2):7-11.

Astaxanthin is receiving attention for its effect on the prevention or co-treatment of neurological pathologies, including Alzheimer and Parkinson diseases.

Many studies and reviews focus on the neuroprotective properties of astaxanthin and explore the underlying mechanisms to counteract neurological diseases, mainly based on its capability to cross the blood-brain barrier and its oxidative, anti-inflammatory, and anti-apoptotic properties.

Astaxanthin exerts a strong protective effect on human brain; its unique chemical structure allows it to readily cross the blood-brain barrier. Thus, the brain is considered the most important target organ of astaxanthin. Ongoing research on magnesium L-threonate continues to uncover many new ways of application. This unique and relatively new form of magnesium is being evaluated by research groups for anxiety, longevity, sleep, mood and other conditions of aging. More human studies on these areas of application are being carried out in several world-renowned Universities across the globe.

With existing animal and human clinical trial data beginning to emerge, research on the neural and cognitive effects of magnesium L-threonate suggests that supplementation may have several important health benefits.

Magnesium has been noted to improve sleep quality in several studies on people with poor sleep quality. It is more often associated with its cognitive and neurological benefits and has been widely studied in its effects with memory and learning. Recent studies however have shown that magnesium levels in the brain play a beneficial role in sleep quality as well as the development of sleep disorders

Results show that magnesium deficiency does have an effect on sleep and could cause sleep disturbances and further sleep disorders. Two sleep disorders that have been linked to an imbalance of magnesium are obstructive sleep apnea and chronic fatigue syndrome.

Gomez, Daryan. (2020). The Effects of Magnesium Levels in the Brain on Obstructive Sleep Apnea and Chronic Fatigue Syndrome. https://www.researchgate.net/publication/341370905

The researchers have found that one of the mechanisms for magnesium L-threonate having such effects is that it increases synapse density. They also proposed that as the threonate element takes the magnesium across the blood-brain and blood–cerebrospinal fluid barriers, it increases the total amount of the mineral in neuronal intracellular spaces. Plus, magnesium L-threonate was shown to increase overall magnesium levels throughout the body